How does the Wuhan Coronavirus Cause Severe Illness?

There are four known ways, and some can occur at the same time.

Viral respiratory infections are believed to look like the common cold, as mild discomfort that passes in a few days or if unhealthy two weeks. But the Wuhan coronavirus is proving to be different. Of those infected, around 2% are reported to have died but the true mortality is unknown. There is speculation that it could range between 1-3.5%.

There’s much we’re yet to learn about this new virus, but we know it often causes pneumonia, an infection of the lungs which produces pus and fluid and reduces the lungs’ ability to absorb oxygen. No those with at risk lung conditions, need to take extra precautions and build there immunity to greater heights and stay away from any at-risk environment.

Of the first 99 people with severe infection, three-quarters had pneumonia involving both lungs. Around 14% appeared to have lung damage caused by the immune system, while 11% suffered from multi-organ system failure, or sepsis. It has been said that after recovering from the virus, lung damage has taken place and one will need to work at healing what the virus has taken.

Others are at risk of complications from being treated in hospitals, such as acquiring other infections. At this stage, we know some people develop only a mild infection, while others become critically ill, but the exact proportion of each is not yet clear. Overall, there are four key ways the Wuhan coronavirus can cause severe disease – and some can occur at the same time.

Viruses “hijack” the host cell’s mechanisms to make more copies of itself. Damage results from either viruses taking over the cell completely and causing it to die, or immune cells recognising the viral infection and mounting a defence, triggering cell death. If large numbers of cells die, then the affected organ can’t function effectively.

Studies from patients who died from SARS coronavirus showed the virus caused damage to not only the lungs, but also other organs in the body. Early research suggests the Wuhan coronavirus can also damage other organs, including the kidneys.

As cases of coronavirus spread around the world, doctors are learning more about what it does to the human body. Most cases are mild, but the illness — officially known as COVID-19 — can become severe if a person’s immune system cannot repair damage to the lungs caused by the virus, CBS News medical contributor Dr. Tara Narula said. The disease has infected almost 89,000 people worldwide and killed more than 3,000 people. In the United States, the death toll rose to six on Monday.

It has been reported that the issue with COVID-19 is that this virus can affect the lower tract of your airways and damage the cells that line the respiratory tract in the lungs. When this begins to happen the immune system launches a response to try to clean up and repair. However, for some people, the immune system response is not adepquate as many people walk around with sub-optimal immune systems due to the lack of care, knowledge or overwhelming life stressors. The the lungs can be flooded with fluid and cellular debris.

Essentially the lungs start to drown, and that’s a situation that can become a severe pneumonia. The pneumonia can then progress to what is called sepsis, where the infected person can have a drop in blood pressure and multi-organ failure, and regress to causing death.

In China, where the virus originated, 80% of cases have been mild, 14% were severe and even less were critical.

In a study released in the journal Radiology recently, a group of researchers at The First Hospital of Lanzhou University presented two of the woman’s chest X-rays side by side. The scans show white patches in the lower corner of her lungs, which indicate what radiologists call “ground glass opacity.”

Paras Lakhani, a radiologist at Thomas Jefferson University told Business Insider “If you zoom in on the image, it kind of looks like faint glass that has been ground up. What it represents is fluid in the lung spaces.”

The X-rays provide researchers a few new clues about the nature of the virus. The scans show the new coronavirus looks similar to SARS and MERS. The scans also show the virus getting worse after 3 days

The researchers also saw that the white patches on the woman’s lungs were more pronounced in the second image, taken three days after the first – and further into her treatment. That helped rule out the possibility of pneumonia. “Pneumonia usually doesn’t rapidly progress,” Lakhani said. “Typically, most hospitals will treat with antibiotics and patients will stabilise and then start to get better.” This patient didn’t get better.

Lakhani said, the best way to diagnose the coronavirus isn’t via X-rays, though – it’s a laboratory test, which involves taking swabs of saliva or mucus from a patient’s nose and mouth or testing phlegm they may cough up. The test isn’t perfect, since it can only detect the virus when a person is showing symptoms.

While experts are still piecing together the relationship between the Wuhan coronavirus and pneumonia, there’s much we can learn from influenza. Influenza is a virus but it commonly leads to bacterial pneumonia – this is what’s known as a secondary infection. It’s thought the influenza virus weakens the usual protective mechanisms of the lung, allowing bacteria to establish and multiply. This is especially true in children, older people and those with compromised immune systems. Is this why the medical fraternity flood the body with antibiotics and kill off any potential secondary infection. What is not known is that there are natural antibiotic treatments that one can look into before going the medical route. Erring on the side of natural treatments as not to kill off all the beneficial bacteria which is so vital for improved immunity.

Secondary bacterial pneumonia is more severe than influenza alone – in hospitalised patients, around 10% of those with influenza and pneumonia die, compared to around 2% of those who don’t have pneumonia.

The Wuhan coronavirus appears to cause pneumonia in two ways: when the virus takes hold in the lungs, and through secondary bacterial infections, however, the first way appears to be more common.

Sepsis is a serious condition that can be caused by many infections. When we get an infection, we need to mount an immune response to fight off the pathogen. But an excessive immune response can cause damage and organ failure. This is what happens in the case of sepsis.

Although it can be difficult to determine whether organ damage from the Wuhan coronavirus is a result of direct viral infection or indirect “collateral damage” from the immune system, initial reports suggested around 11% of people severely ill with the Wuhan coronavirus experienced sepsis with multi-organ failure.

So far no drugs or interventions have been able to dampen this immune response. Although several treatments have been proposed for Wuhan coronavirus, none have yet been shown to work.

Finally, patients who require hospital care may have complications. These include infections from intravenous lines (for drips/medication) or urinary catheters (flexible tubes inserted into the bladder to empty it of urine), pneumonia, or non-infectious complications such as falls or pressure sores.

Studies have found 10% of patients in hospital have some sort of health care-acquired infection, and around 5% have a pressure sore. Hospitals work hard to try to prevent these complications, by making sure health care workers disinfect their hands and other equipment. However, complications still occur, particularly in patients who are debilitated from long hospital stays.

While most respiratory viral infections are mild, some can trigger serious complications, either directly or indirectly. It’s too early to tell how often this occurs with the Wuhan coronavirus. While we have initial data on those who were severely affected, many others may not have required medical care.

Allen Cheng, Professor in Infectious Diseases Epidemiology, Monash University. This article is edited and republished from The Conversation under a Creative Commons license. Read the original article.
https://www.businessinsider.co.za/doctors-release-chest-x-ray-wuhan-coronavirus-patient-2020-1?r=US&IR=T 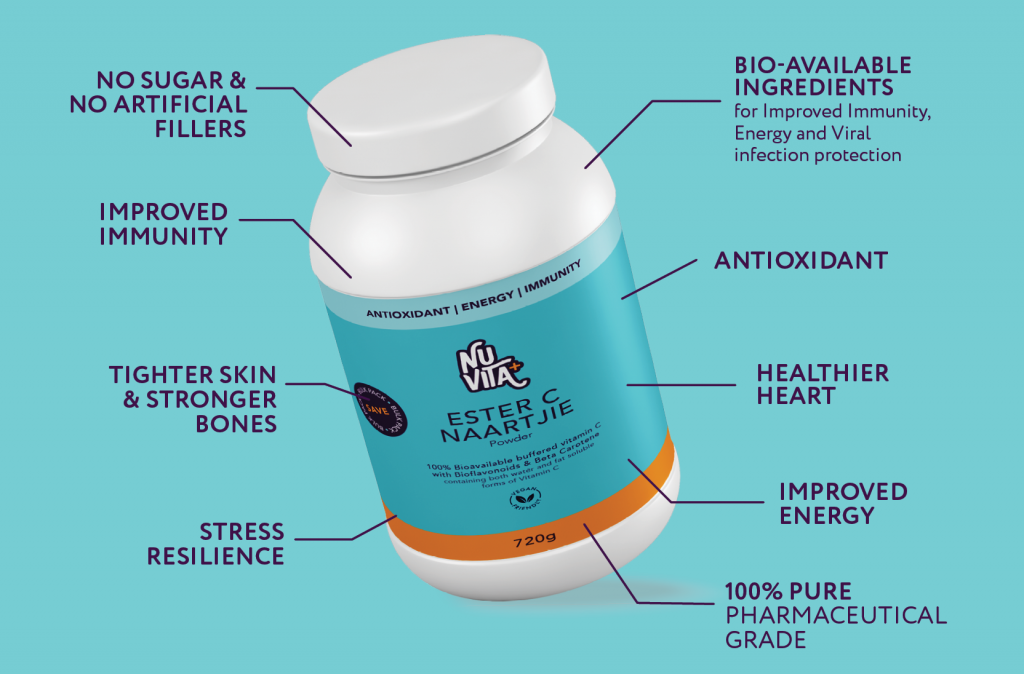 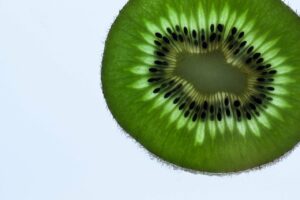 Forms, Doses, and Effects of Vitamins C and E

by Robert G. Smith, PhD Vitamin and mineral supplements are sold in several forms. Some vitamins are sold as “natural,” which often means the product 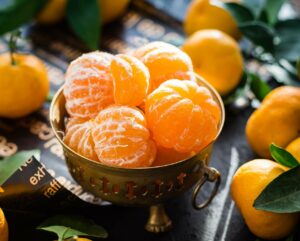 Even before Klenner started his medical practice in Reidsville, it was known that a sufficiently high level of vitamin C was cytotoxic to cancer cells. Several decades later, Linus Pauling and Ewan Cameron used Klenner’s intravenous therapy to treat a small group of cancer patients, and found that it increased their survival time 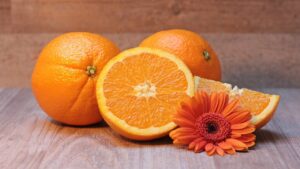 A highly absorbable, non-acidic form of vitamin C which is scientifically proven to have unprecedented uptake and retention in immune cells. It is the vitamin C of choice for anyone serious about achieving high, sustained cellular vitamin C levels cost-effectively and without gastrointestinal side effects

Styling in Black and White Mask: Returning to Work

Black and White Mask for Courtrooms The government stance is that the nation is to mask up when in any form of social contact. This

The Non-Serious Truth To Contracting nCov-19

In our search for sharing answers with our friends and family, we came across the humorous element of what a normal cold or flu could 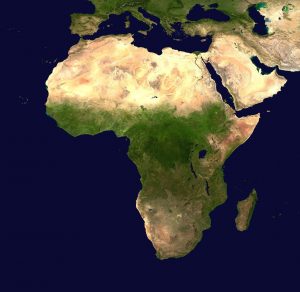 African Coronavirus Cases Expected to Skyrocket According to WHO

In the last week alone, the reported number of COVID-19 cases in Africa rose by 43 percent. The World Health Organization (WHO) has warned that the African continent, 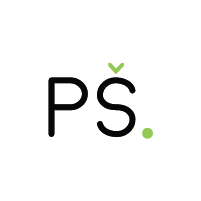 We endeavor to elevate and empower individuals through health and wellness education.